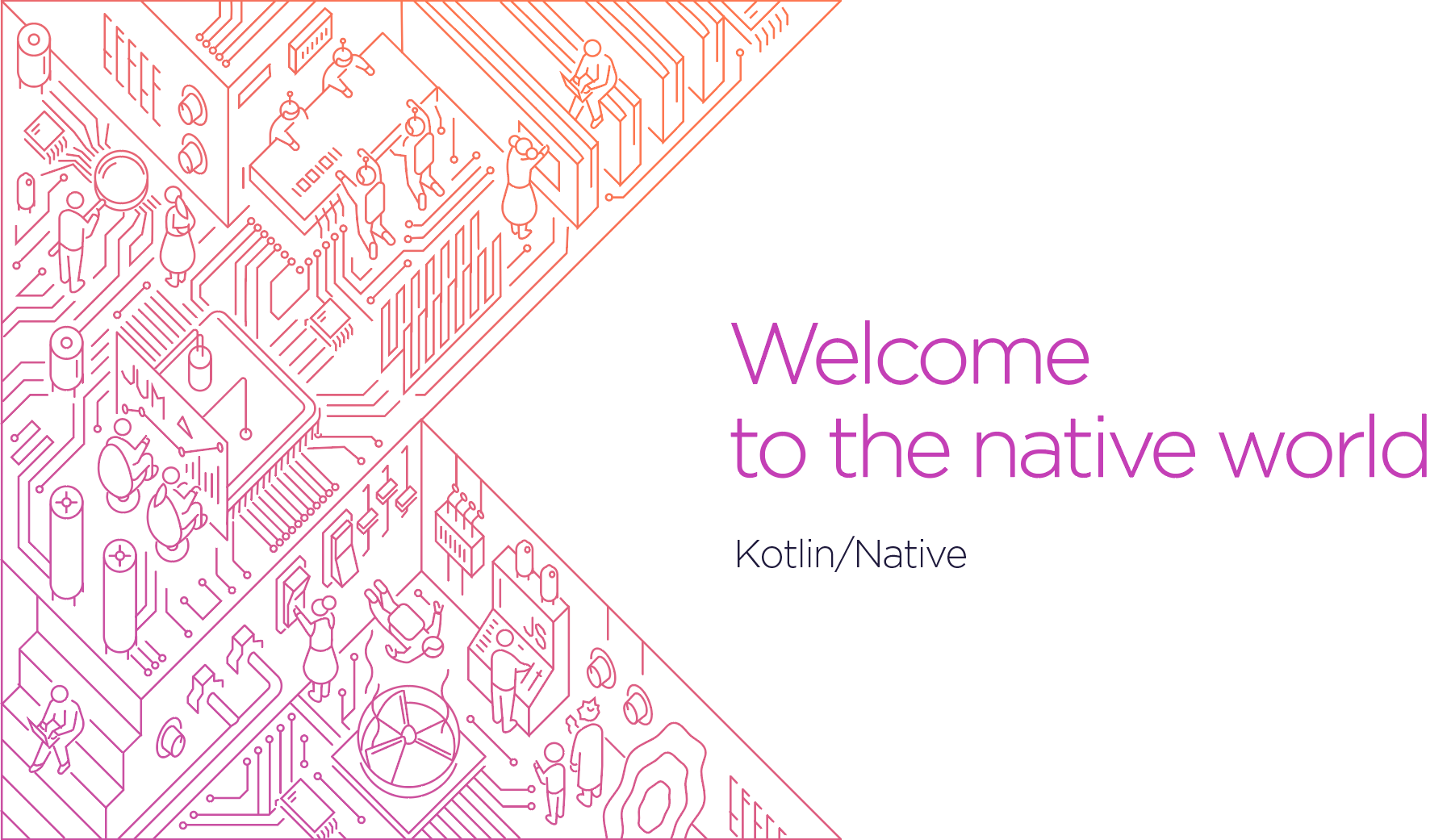 Kotlin/Native is a technology for compiling Kotlin code to native binaries, which can run without a virtual machine. It is an LLVM based backend for the Kotlin compiler and native implementation of the Kotlin standard library.

Kotlin/Native is primarily designed to allow compilation for platforms where virtual machines are not desirable or possible, for example, embedded devices or iOS. It solves the situations when a developer needs to produce a self-contained program that does not require an additional runtime or virtual machine.

Kotlin/Native supports two-way interoperability with the Native world. On the one hand, the compiler creates:

On the other hand, Kotlin/Native supports interoperability to use existing libraries directly from Kotlin/Native:

It is easy to include a compiled Kotlin code into existing projects written in C, C++, Swift, Objective-C, and other languages. It is also easy to use existing native code, static or dynamic C libraries, Swift/Objective-C frameworks, graphical engines, and anything else directly from Kotlin/Native.

You can use Kotlin Multiplatform Mobile (KMM) to create multiplatform mobile applications with code shared between Android and iOS.

New to Kotlin? Take a look at the Getting Started page.